Last night, a bit before 7, J and I had just sat down for dinner when J got a work phone-call. I continued twirling my spaghetti, took a mouthful and gazed dreamily out the window. Our fourth floor, kitchen/dining room window faces north toward a narrow strip of mixed-deciduous-coniferous forest, followed by a strip of tall, downtown buildings and a wide top strip of sky (which was then grey). The Saskatchewan River is hidden in a valley between the trees and the skyscrapers.

A small group of mostly-white-with-a-bit-of-black birds appeared in the sky. Not quite gulls… Pelicans! I ran to the bedroom, grabbed my camera and when I returned to the window, the pelicans were still in my window-sky.

For some reason, they stayed in the vicinity of my apartment building for about 4 minutes. I saw the group fly in a few tight circles, so maybe they were spiralling up on air drafts? 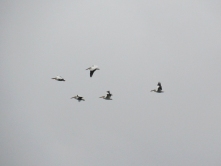 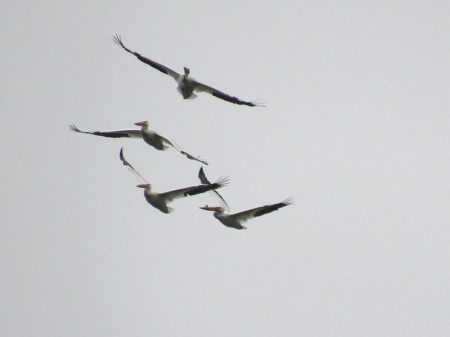 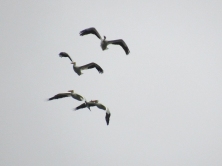 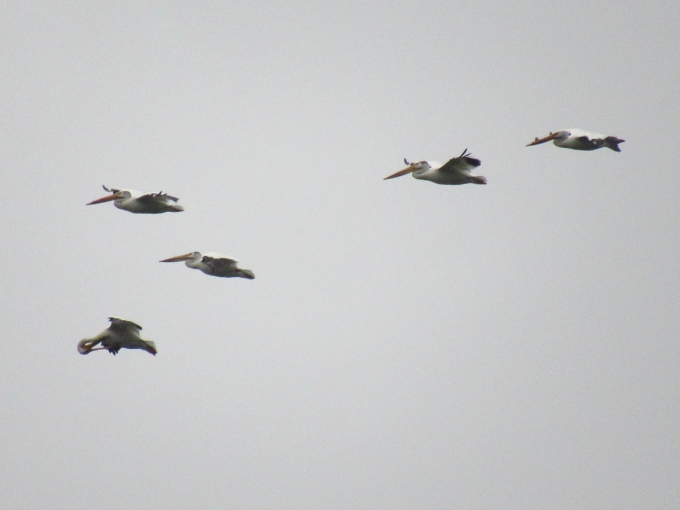 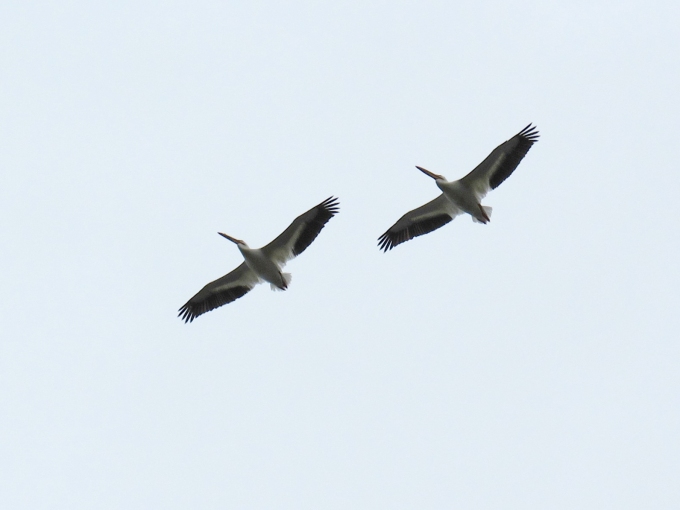 The last two photos were taken from my balcony while the others were taken through my kitchen/dining room window. For the last photo, I leaned out over the porch railing as the pelican flew overhead. I included two short flight sequences; I found them fun to speed-click through in slideshow mode.

American White Pelicans (Pelecanus erythrorhynchos) are not commonly seen in Edmonton, but they do breed in some of the cities wetlands [1]. Breeding adults, both males and females, grow a “horn” on their upper bill, which can be seen in one of the five pelicans I photographed. When mating and egg-laying are complete, the birds shed this “horn” [2]. Pelicans are large birds with wingspans of up to 3 metres [1]. Their black feathers can only be seen in flight [1].