While I was photographing yellow flag irises at the Lost Lagoon, a clutch of Mallard ducklings and their mother swam by. They were moving along much faster than the ones I saw at Trout Lake. Once in a while, one of the ducklings would beat its partially developed wings and run over the surface of the water. Very cute! And one duckling would usually lag behind. I counted 11 ducklings. In the picture above, Mama Mallard is waiting for the slow poke. 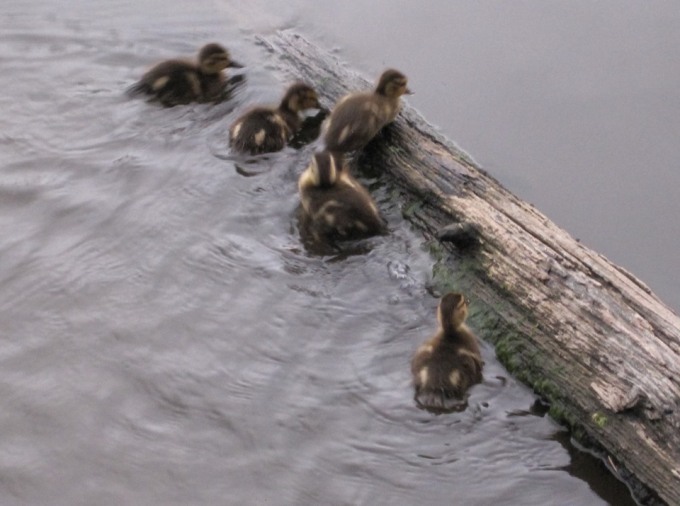 Last two up and over.

I think he was checking me out. 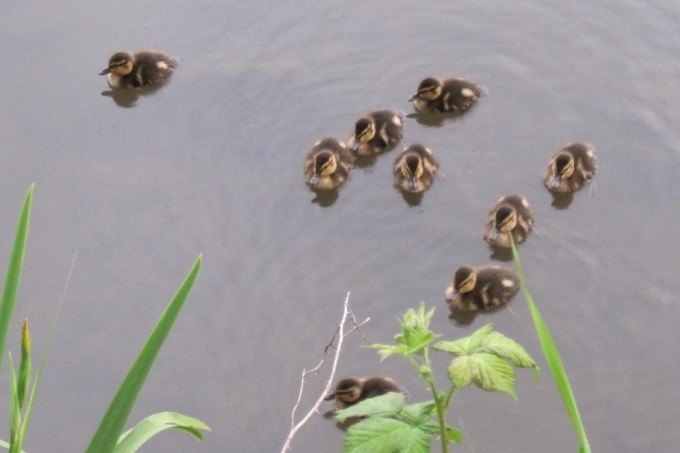 The ducklings were smaller than the ones I saw last week.