I see many birds and dogs when I visit Vancouver’s ponds and lakes but I don’t usually see turtles. A month ago, I saw the silhouette of a small turtle on a log at Trout Lake while I was trying to get a closer look at some Northern Shovelers. I thought it was man made. After forgetting about it for a few minutes, I decided to take a closer look. It was gone! Not man made.

A few days ago, I went to see what the ducks, geese and gulls were up to at the False Creek pond. As I approached a clearing between two patches of trees, a turtle appeared. I oohed and ahhed over it for a while, and when I turned my head left, two more turtles appeared! 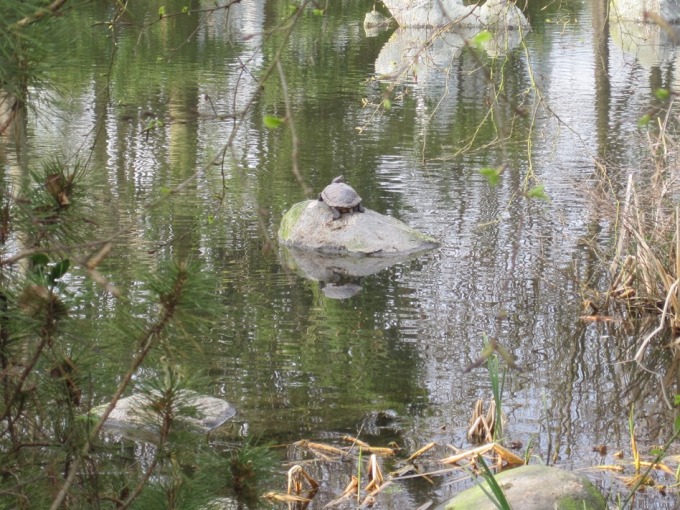 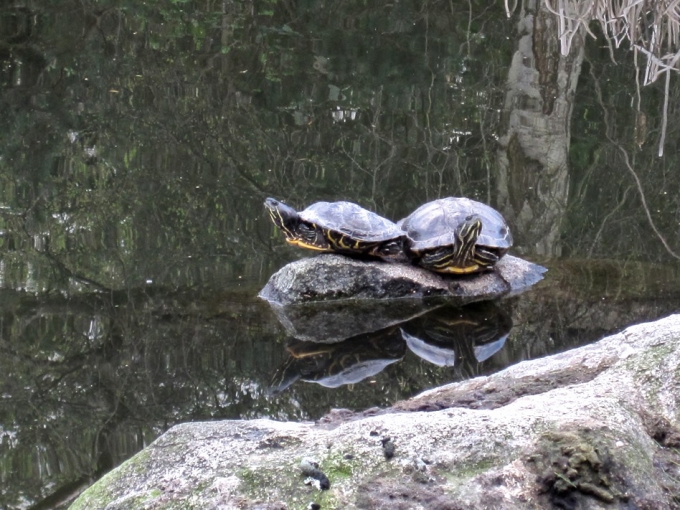 I find their “heads out, legs in” postures a little comical.