Common Merganser by Christopher Martin. I saw a couple of these birds today, but did not take any pictures (a.k.a. cute iPhone fuzzies). Check out Christopher Martin’s blog. His wildlife photography is gorgeous!

I walked to River Park today. I didn’t plan on walking in very far… I thought I’d meander for 10 minutes or so along the path at the edge of the cliff and then head back home. But then I saw the pedestrian bridge down below, which connects Sandy Beach Park to Britannia Slopes on the east side of the Elbow River. I read a few days ago that the bridge was opening on November 23rd, so I was curious to see what work was still being done to get it ready for the big day. There was a big yellow excavator on the eastern bank rumbling away. When I walked down the path to Sandy Beach Park (my first time visiting that park), I lost interest in the bridge and excavator. I admired the cleared and graveled bike path for a little while, then read some information about trout nests (called redds). Then I saw some unusual ducks land on the river. By unusual, I mean not mallards. So I walked to the river’s edge to take a closer look. The pair of red-headed ducks flew away downstream when I was still many meters away. They were red-headed ducks but not Redhead ducks. I looked at many duck images when I got home and am fairly certain they were female Common Mergansers. One of the “unusual ducks” flew upstream a little later, and I saw the colours of one of its wings. 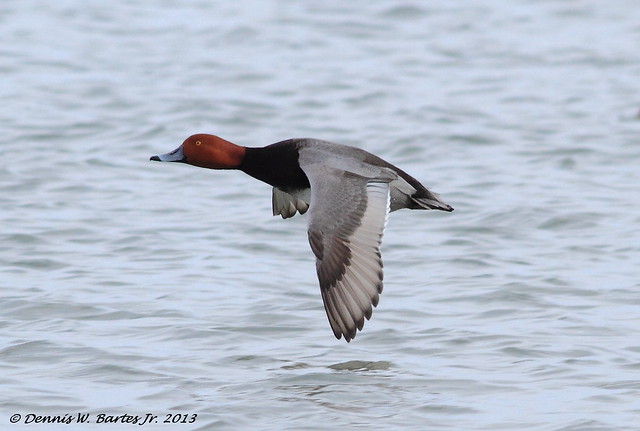 This is what the pedestrian bridge looked like after the flood in June of last year. 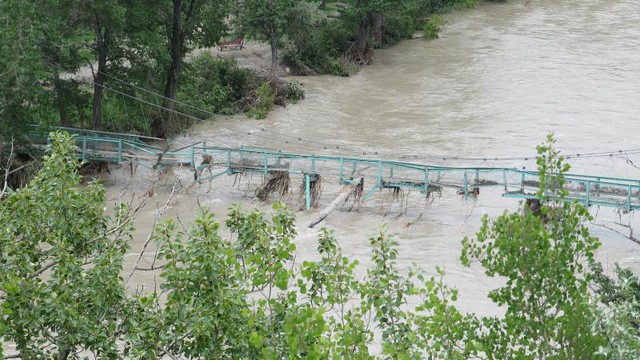