Nose Hill Park is huge – 11 square kilometres, to be more precise. From Bankview, the Calgary neighbourhood where I live, it looks like a not very high but very wide hill covered in dry grass.

Picture from 25 ave and 15 st SW. See that light brown line that meets the blue sky?

Coming from Vancouver, where every year the rows of houses seem to creep up the slopes of the North Shore mountains, I thought: why didn’t that land get covered with houses and condos?

I didn’t think the park looked nice on Google Maps. It looks quite brown, though somewhat green if you don’t zoom in too far.

Well, I googled Nose Hill Park to get some information about it. The City of Calgary site has a nice description:

The trees, shrubs and wildflowers in the coulees are very different from the species found in the fescue grassland. Apart from the native grasses, one of the dominant species in the park is the Trembling Aspen. The aspen, along with the willows occupy the north-facing slopes of the coulees and provide a refuge for many of the wild animals living in the park.

Hmm… that sounds pretty. The same webpage also mentions that the park was slated for development in the 1980s but was saved by ardent citizen action. I was curious to take a closer look. So J and I went to check it out 3 weeks ago. And we went back today.

In retrospect, I realize that many beautiful and large parks are not green. However, they tend to be in places I like to visit rather than live, such as Moab, Joshua Tree or Penticton. I’m a Vancouver person! I want a park with big green trees! But actually, I really enjoyed Nose Hill Park. The wide open grasslands, big sky and big views are a refreshing change from the built up city all around. And the grassy knolls and aspen stands are super cute. Also, even though the park is near the airport, I never heard any plane sounds. (I did see one plane fly over the moon and another fly under it.)

Pictures from 3 weeks ago.  Green and yellow leaves with a blue, blue sky. 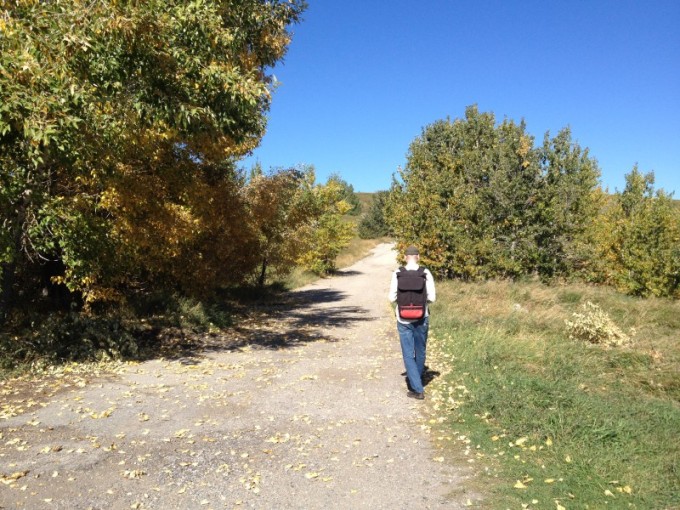 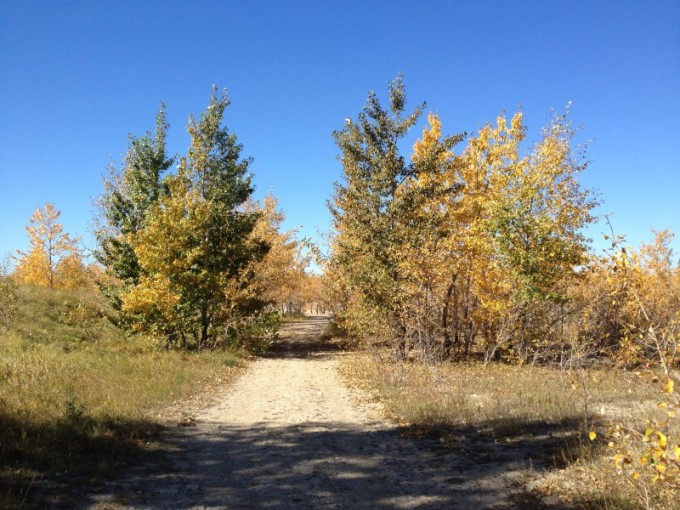 Rocky Mountains in the distance. 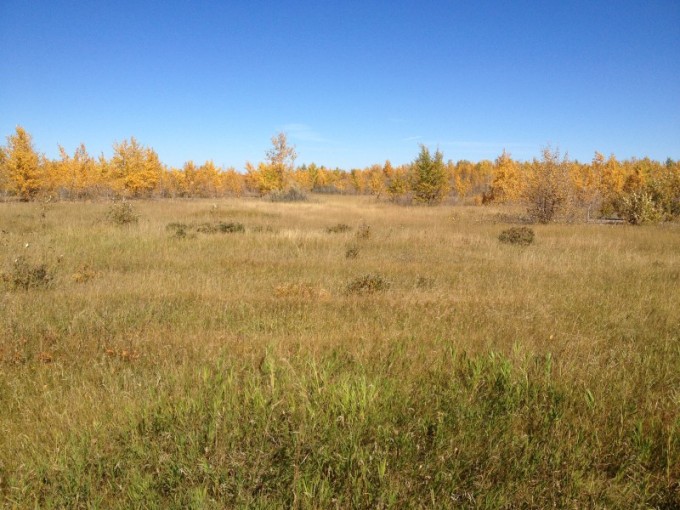 Airport to the east. 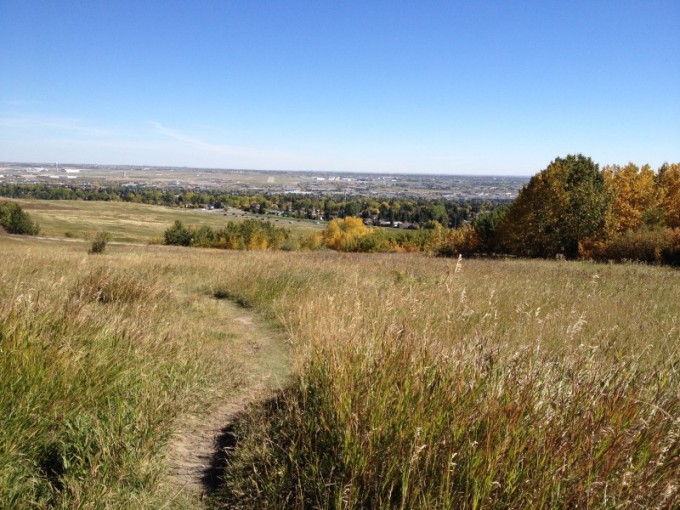 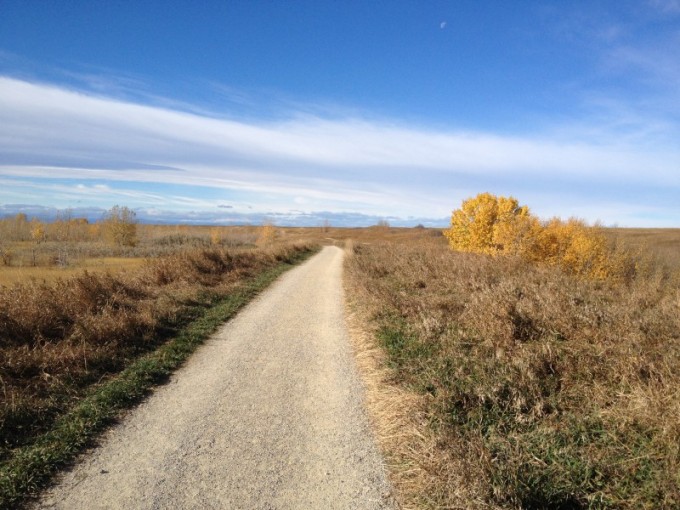 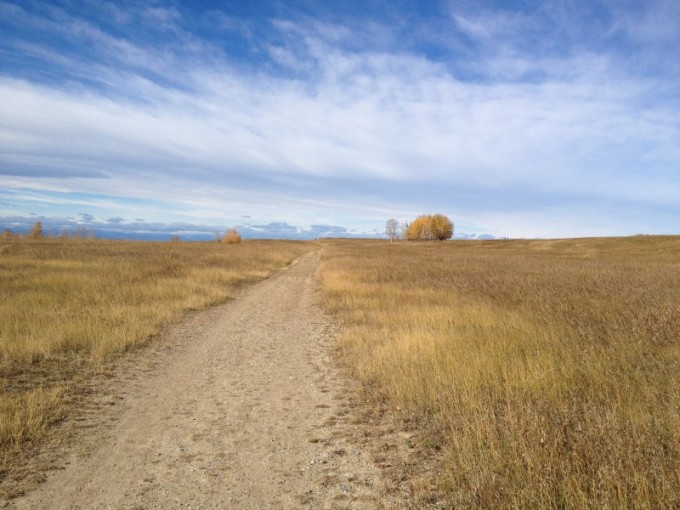 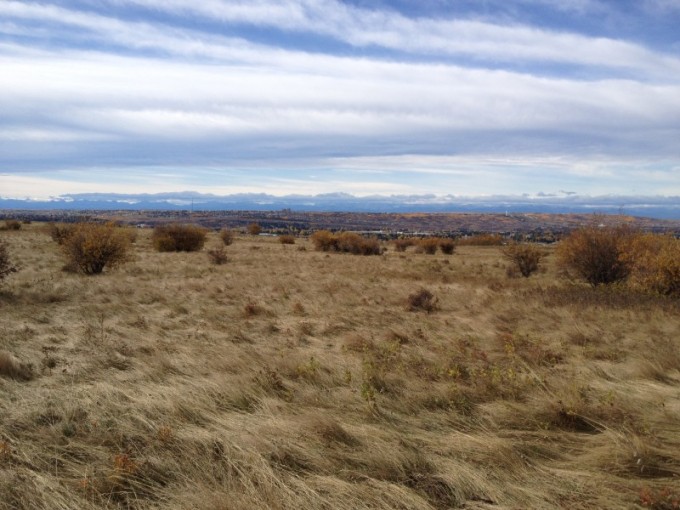